WordPress Comments Out Of Order 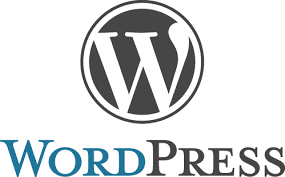 …Moving this site from Drupal back to WordPress which I had alluded to in a previous post. Thankfully there is alot already written about this on the internet.

For some odd reason during the move the threaded comments ended up out of order. Coupled with some but not all of my replies where not attached to me.

After searching through quite a few posts (most just stating the problem, without a solution) I found a few that addressed what I needed to do.

The first issue that needed to be addressed and was one of the more difficult ones to find was the issue of “Changing the user_id of wordpress comments” back to me.

This was fairly easy to do from phpmyadmin and then it was on to the next issue getting the comments back in order. At first it may seem like a daunting task but as you read all the comments you should see how they fit together.

The issue for the out-of-order wordpress comments was the…

… comment_parent field. The thread comments that where out of order had the comment_parent set to 0 or some other odd number. These could have been change via phpmyadmin but talk about confusing.

With thousands of plugin’s for WordPress a little searching turned up this plugin Edit Parent Comment ID the sad part is that it hasn’t been updated in awhile and compatibility was only up to 2.9.2.

And, I was running WordPress 3.01. Since I was using MAMP and had a complete duplicate of the site it was no problem. I installed the plugin it worked as advertised.

From there it was just a simple matter of figuring out which comment went where. While this would work for a smaller site I know it would not be easy on a much larger site where you may have thousands of comments.

The interesting part is by going through this process I introduced another problem with W3 Total Cache and Comments which I’ll have to write about later.

But, for now if you need to fix you’re out of order wordpress comments this will get you started.