MAMP Pro Will Not Display Pages But Will Display Posts. 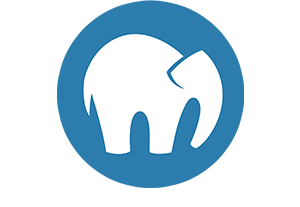 Some times the least obvious things will cause us the most grief while building or modifying our websites. I like running WordPress using Thesis as the foundation behind the site. I had decided to convert one of my sites still running Thesis 1.8 to version 2.6. I had built this site many years ago and had converted it from a purely static site to WordPress.

I had literally stopped writing on that site (over ten years ago) due to the constant content theft which came from a top ranked site. And it had been quite awhile since I had used and setup MAMP. I already had this site (GlennBurks.com) installed in MAMP Pro and thought it would be a simple process to get my other site (Network-Marketing-Works.com) installed and ready for the update along with a new and much cleaner template.

Getting setup on MAMP Pro was straight forward, created the folder, setup and downloaded the database from the live site. Of course my version of MAMP was a few behind, so I updated to MAMP Pro 4.3 and then Mamp Pro 4.4. After all the update was when I discovered the issue, with over 200 static pages non of them would display with MAMP. Oddly the blog posts would display just fine on MAMP. I had the live site temporarily running Thesis 2.6 and everything worked fine there.

Yet, on the local site MAMP Pro would not display any of the pages. I began the search for the solution for this interesting and bizarre problem, if you can call it that! After about 5 hours of searching and trying many different solutions I had an epiphany!

The latest version of Mamp Pro 4.4 was running PHP 7.2.1, while I had seen this it never dawned on me that this could be the problem. Back over on the server in enabled the info.php page, low and behold the server was running PHP 5.6.27. Diving back into the MAMP PRO app I quickly set the version of PHP to match the server’s version. Now finally after many hours of frustration MAMP Pro would display pages and blog posts, I could finally get back to work.

So to make it short, if you’ve setup MAMP or MAMP PRO and cannot display pages, take a look at the version’s of PHP you are running.

Next post: Mollum is gone so now what? Try CleanTalk